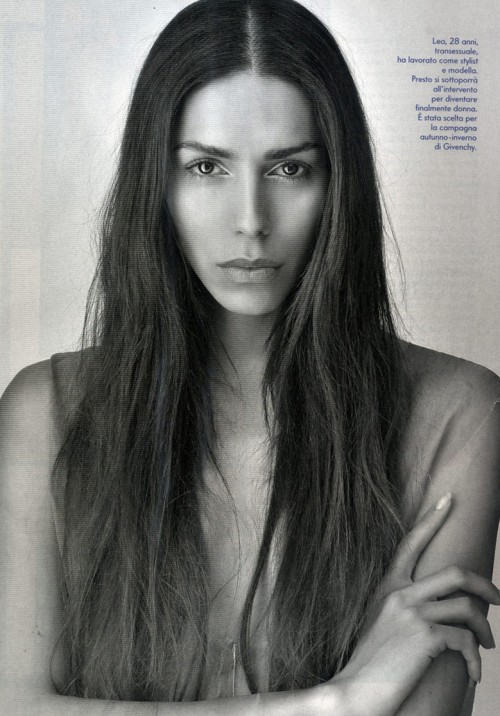 Transgender Model to be on Oprah

Lea T.â€™s scheduled to film a segment for one of Oprahâ€™s final shows. The transgendered modelâ€™s best known for her central role at Givenchy; she was Riccardo Tisciâ€™s assistant and now sheâ€™s his muse and fit model. The 28-year-oldâ€™s profile started to rise after she was shot for French Vogue last year and appeared in Tisciâ€™s brilliant couture collection, as well as the houseâ€™s fall ad campaign and spring runway. The segmentâ€™s set to air in February.

It hasnâ€™t been filmed yet (and her reps in Milan canâ€™t comment until after itâ€™s aired), but regardless of the focus of the piece, itâ€™s a big deal. Few models make it onto Oprah, especially not those whose careers are just starting, or those rising to fame on the platform of being different. Fame within the fashion community is one thing, but itâ€™s nothing compared to what Oprah can do. At the very least, her conversation with Oprah wonâ€™t be boring (and if she wears Givenchy, neither will the outfits).

Andrew Thomas Clifton served as the Photography Director at KISS Magazine from 2008-2012. He is a Chicago based fine art photojournalist and author whose clients include President Barack Obama, Pepsi, The Birmingham Civil Rights Institute, and Ebony Magazine.